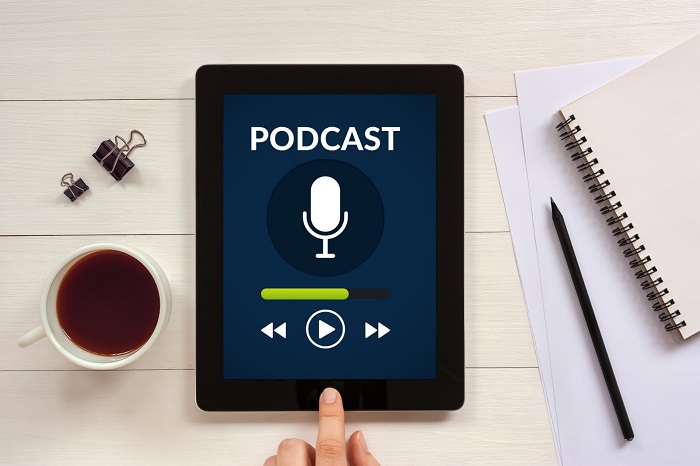 At this point, there is a good chance that you listen to at least one podcast on a regular basis. There are almost 1 million active podcasts for you to choose from, which should make it easy for you to find one that you like.

But believe it or not, podcasts haven’t been around for that long. Despite all the recent success that many podcasts have enjoyed, podcasting is still a relatively new concept.

So, when did podcasts start? Today, we’re going to take a quick look at the podcast history to see where they all began. It should give you a newfound respect for podcasting as you listen to podcasts and potentially even kick around the idea of trying to figure out how to start a podcast of your own.

Continue reading to learn more about the history of internet radio shows.

When Did Podcasts Start?

Although they weren’t called “podcasts” back then, there were a handful of internet radio shows that launched way back in the early 1990s. One of the very first ones was called (what else?) “Internet Talk Radio,” which was produced by technologist Carl Malamud in 1993.

Others soon followed suit after seeing “Internet Talk Radio” have some success. “The Dan & Scott Show,” which was available through AOL, is a good example of this.

But it wasn’t until software developer Dave Winer created the RSS feed in the early 2000s that podcasting popped off. Winer worked to help his friend Christopher Lydon, a media personality, to develop and distribute what would eventually become a podcast called “Open Source.”

It would later lead to journalist Ben Hammersley officially coining the term “podcast,” which combines the words “iPod” and “broadcast.” Podcast was used in place of other words to describe internet radio shows like “audioblogging” and “online radio.”

How Have Podcasts Developed Over Time?

Now that you know the answer to the question, “When did podcasts start?”, you might be wondering how they developed over time. The truth is that podcasting as a whole is still developing to some degree. But it has come a long way in a matter of just two decades.

While many early podcasters were responsible for every aspect of creating, editing, and distributing their podcasts, there are now hosting companies and agencies that can help piece together podcasts. A good podcast production agency can help podcasters to develop an audience by producing high-quality podcasts for them.

Podcasters have also found ways to crack the code when it comes to finding advertisers willing to pay them to include promotional content in their podcasts. Some advertisers choose to sponsor entire podcasts while others buy up small windows of advertising time within them.

Why Have Podcasts Become So Popular?

Podcasts have become as popular as they are today in part because of how accessible they are to people. People can subscribe to their favorite podcasts, get them delivered directly to their various devices, and listen to them whenever they want.

But podcasts have also become popular in part because of all the different topics that they’re able to touch on. If there is a topic that you’re interested in, there are going to be dozens of podcasts that you can listen to about this topic if you would like.

Read Also: 5 Things to Consider When Hiring a Digital Agency

Would You Like to Learn How to Start a Podcast Yourself?

It’s pretty amazing to see that the answer to the question, “When did podcasts start?”, is “Not all that long ago!” They haven’t been around for very long in the grand scheme of things.

It’s also pretty amazing to see how easy that it is for people to start podcasts these days. The answer to the question, “Can anyone start a podcast?”, is “Yes!”

Read more informative podcast-related articles by taking a look at everything else offered on our blog.

Top Fintech Apps You Need To Know In 2021