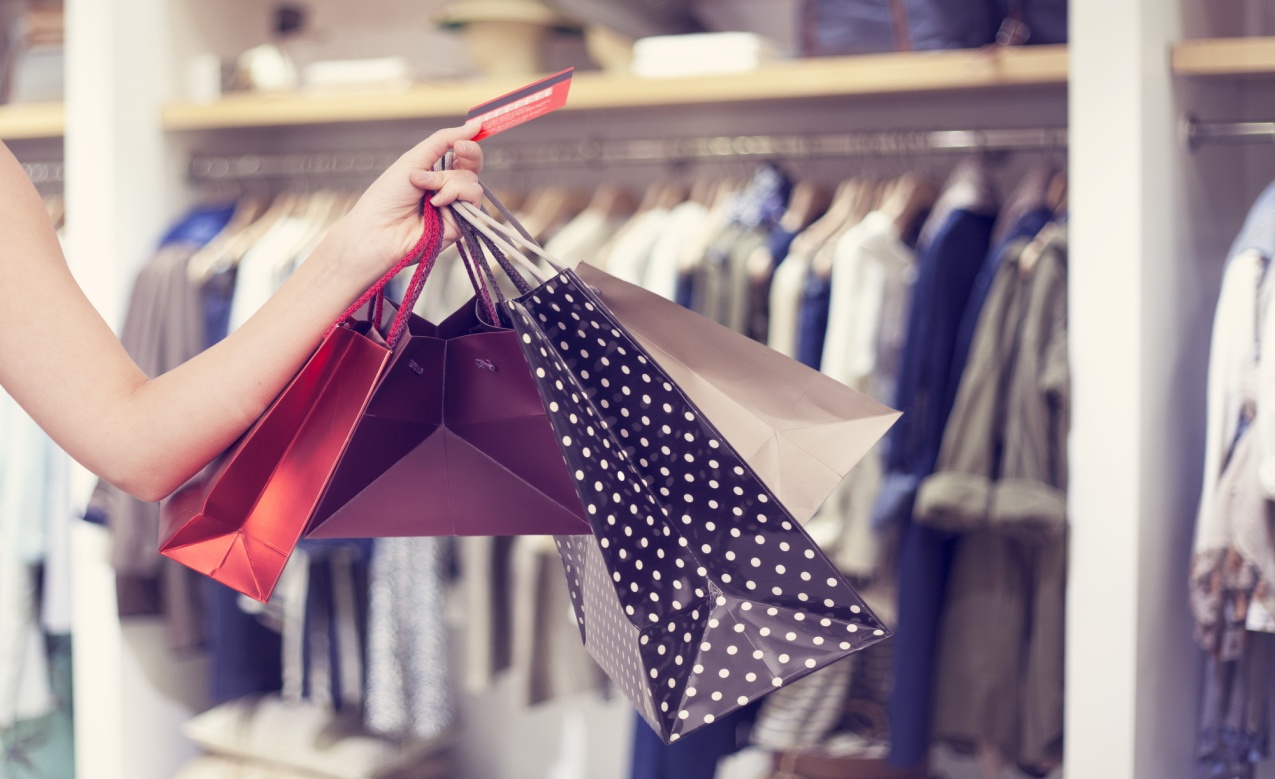 We’ve all come to think of the day after Thanksgiving Day as the unofficial start of the holidays, complete with great retail deals and hoards of bargain hunters ready to shop ’til they drop. But what is Black Friday all about, and how did the busiest shopping day of the year get its name?

The US phenomenon that is Black Friday is now an established event in the sales calendar all over the world. Despite not celebrating Thanksgiving, residents of countries like Spain, the UK, India, Brazil, and Australia now know that the fourth Friday in November means big discounts, albeit with little idea about why or where the name Black Friday comes from.

The truth is, few Americans even know much about the history of Black Friday. Fewer still are aware that the first use of this name happened long before it became associated with any kind of post-Turkey Day, pre-Christmas shopping frenzy.

So, when did Black Friday begin and what’s the origin of this holiday? Read on to find out.

When Was the First Black Friday?

The first use of the name ‘Black Friday’ actually had nothing to do with sales shopping or even the day after Thanksgiving Day. Instead, it refers to the dark day that the US gold market crashed.

As the story goes, two Wall Street investors, Jay Gould and Jim Fisk conspired to buy as much US gold as they could. They expected this to drive up the price of gold and that the profits would come rolling in when they sold it. But, as word of the conspiracy got out, the stock market went into free-fall on Friday, September 24th, 1869. This ended up bankrupting everyone from wealthy Wall Street barons to small-time investors.

If you want to be technical, this financial crisis was the first Black Friday. But when did Black Friday begin life as a shopping holiday on the day after Thanksgiving? In fact, it wasn’t until 1950s Philadelphia that the fourth Friday in November became known as ‘Black Friday’.

The first printed reference to ‘Black Friday’ appeared in a somewhat unlikely place – an ad in the stamp collectors’ magazine, The American Philatelist in 1966. The ad explained that Black Friday is what the Philadelphia Police Department calls this day, but that, “it is not a term of endearment to them.”

The ad also recognized that Black Friday is the official start of the Christmas shopping season in the city. Although, it added that this rush to the center causes traffic jams, overcrowded sidewalks, and mobs of people in the downtown stores all day. For the Philadelphia Police Department, this day was a source of dread as shopping chaos often meant accidents, shoplifting, and sometimes even violence.

We can see that during the 1950s, selected groups started using the name ‘Black Friday’ to refer to the day after Thanksgiving Day. By then, people also recognized what they called Black Friday as the first day of the holiday shopping period. But when and how did Black Friday go from being about angry mobs storming Philadelphia’s city center to the celebrated retail extravaganza we know today?

By the 1960s, the name ‘Black Friday’ had caught on in Philadelphia. It became a common way to refer to the day after Thanksgiving Day among the general population as well as within the police force.

Around the same time, merchants across the city saw Black Friday’s infamous crowds as an opportunity to drive business to their stores. Their plan was to put a positive spin on the day by renaming it ‘Big Friday’. However, this attempt at rebranding was unsuccessful. Despite the name’s negative connotations and the city’s best efforts to change it, the Black Friday name stuck.

With no choice but to run with the name, retailers found a way to present Black Friday in a more positive light by changing the story behind the name. This reinvention took place in the 1980s, using the concept of being in profit, or ‘in the black’, as the reason for the Black Friday name.

The idea was that the profit boost retailers saw as a result of this all-important shopping day turned their fortunes around. And, with America’s retailers finally being ‘in the black’, retailers and shoppers alike could celebrate this day as a positive occasion.

That said, despite this successful second attempt at rebranding, the term ‘Black Friday’ wasn’t in common use across the country until at least 1985. So, the beginnings of this nationwide – and now international – the retail holiday is a lot more recent than many people realize.

Is Black Friday the Biggest Shopping Day of the Year?

The new and improved Black Friday story might have you believe that the day marks the occasion that US retailers go from being in the red to in the black. But is Black Friday really the biggest shopping day of the year?

Judging by the hype and crowds it would be easy to assume so. But Black Friday isn’t when stores make the most sales. While it’s true that Black Friday is up there as one of the biggest days for retailers, it tends to come in around fourth in the yearly spending charts. Instead, it’s the days right before Christmas when the cash registers ring up the most in profits.

But it is possible that Black Friday may be the day with the highest customer footfall. The combination of many workers getting the day off, longer opening times, and enticing sales all help drive more traffic into stores.

Black Friday’s rebrand as a retail holiday may have been a successful one. But in the last decade or so, there have been several violent Black Friday incidents that are more reminiscent of the day’s original roots back in Philadelphia.

One of the most tragic Black Friday incidents happened in 2008 at the Wal-Mart on Long Island, New York. When the doors opened at 5 am, hundreds of shoppers entering the store stampeded over the back of 34-year-old seasonal worker Jdimytai Damour, resulting in his death.

In another incident, a crowd trying to enter a Target store in Buffalo, New York, ended up trampling over some of their fellow shoppers who were thrown to the ground in the chaos. In Murray, Utah, a throng of 15,000 shoppers entered a mall with such force that retailers called the local police. As well as intervening in several fights, the police had to stop some of the crowd from ransacking stores.

With tensions running high as more shoppers are keen to grab the best offers, aggressive behavior towards other shoppers and sales assistants is becoming more common. In Buffalo, Ohio, 19-year-old Nikki Nicely jumped on a man’s back and began pounding his shoulders when he picked up a flat-screen TV she had laid claim to.

Other countries have also seen violent incidents as the international popularity of Black Friday grows. For example, customers at several supermarkets across the UK have entered into physical fights with each other over discounted gadgets and TVs. Workers in these stores also say that they’ve experienced a lot of abuse from angry customers upset at the lack of stock.

Black Friday Now and in the Future

Black Friday has become an important fixture for many retailers hoping that offering bigger and better discounts than competitors will boost their profits. That said, the steady increase in consumer demand coupled with the chaos of crowded stores has led many retailers to change their tactics in recent years.

Along with the introduction of ‘Cyber Monday’, many retailers offer discount codes and reductions on their site before the Black Friday sale starts in-store. This helps direct traffic toward online purchasing while also satisfying their customers’ changing needs. With sales spread over several days, the delivery fulfillment process becomes more efficient, plus retailers can gain a competitive advantage by starting their sales earlier than similar retailers.

This year, retailers are likely to place more focus on online sales for Black Friday 2020, especially as online sales were stronger than ever in the days leading up to Black Friday last year. In fact, US consumers made more purchases on Cyber Monday than on Black Friday, spending $9.4 billion.

Most of us are happy to take advantage of the best deals Black Friday has to offer each year without giving much thought to the first Black Friday or how the name came about.

But, if you’ve ever found yourself wondering, ‘what is Black Friday?’, we hope that this thorough guide has more than satisfy your curiosity. And, we’ll think you’ll agree that whether you love the thrill of grabbing a Black Friday bargain or not, it’s interesting to learn more about how this tradition started and how it’s become an international phenomenon.

For more informative insights and helpful tips, be sure to check out our other blog posts!

8 Facts About The Slow Yet Sweet Sloths

These Are the Different Types of Assault