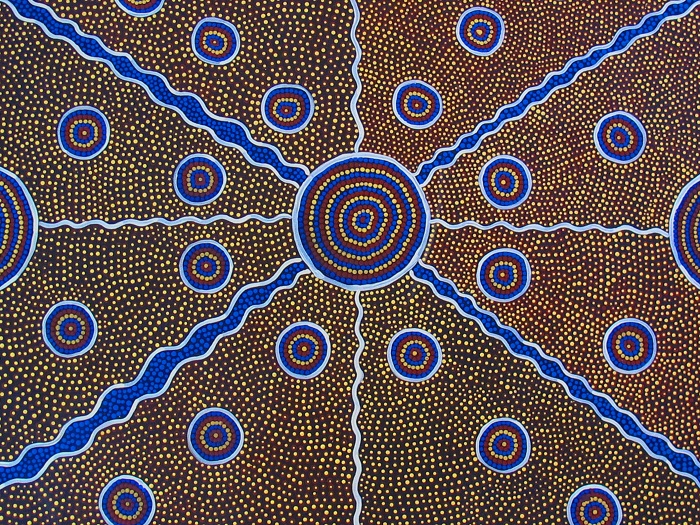 Exciting times are ahead for the Australian art community. The country has a rich history of artistic production. That includes painting, sculpture, architecture, and other fine arts. The traditional Aboriginal or Torres Strait Islander art is one of the oldest art traditions in the world. And as a result, many artists have made their way to Australia for inspiration.

This article will look at some important developments in Australian art since the European settlement in 1770. This includes aboriginal paintings and the influence of Western culture on Australian art more generally.

Australian aboriginal paintings are the traditional art of the Australian Aboriginal people. It is an expression of their spiritual relationship with land and country, which has been practiced for over 60,000 years.

Although there are many different indigenous art styles in Australia, many works share common features that reflect this deep connection to the land and its creation through Dreamtime stories. The artists are often also custodians of their lands, so their work reflects a strong sense of place and identity for both artist and audience.

Typically colourful and vibrant, Aboriginal paintings tend towards abstract shapes; however, there are also many examples of figurative depictions such as animals or people from Dreamtime stories.

Australian art was influenced by European art movements in many ways but especially through its intrinsic connection with the land itself. A lot of Australian art depicts scenes from indigenous life before European settlement or scenes from rural Australian life today; it’s no surprise that these paintings are uniquely beautiful since they focus on what makes Australia so special: its unique landscape!

The first half of the 20th century saw the emergence of modernist architecture, which gained popularity following World War II. It was based on new technologies, new materials, and a break from traditional styles.

Modernist architecture continued to evolve into various movements throughout the last century – until today when it is still alive and well in Australia. The term “modernist” applies to all 20th-century movements related to each other through their shared rejection of classic styles and their dedication to changing forms rather than following established design rules.

Contemporary art is an artistic movement that emerged in the 20th century. It is marked by a breach of traditional art techniques and styles and instead looks for new forms of expression that reflect contemporary issues and experiences.

The main themes of contemporary art include social issues such as feminism, gender identity, and environmentalism. Artists use various media to communicate their ideas, including painting, sculpture, performance art, and installation pieces. The main techniques used in these works include collage, appropriation (taking objects or images from other contexts), and assemblage (putting together disparate items).

Australian art is an exciting and dynamic mix of Aboriginal traditions and European influences. As a country with a rich history, the stories told by Australian artists are an important part of understanding who we are as a nation. At its best, art can be visually stunning and thought-provoking – bringing us closer to understanding each other through shared experiences. We hope that by exploring our collection on this site, you will have discovered something new about Australia’s unique artistic heritage.

Black and Grey Tattoos Vs. Colored Ones