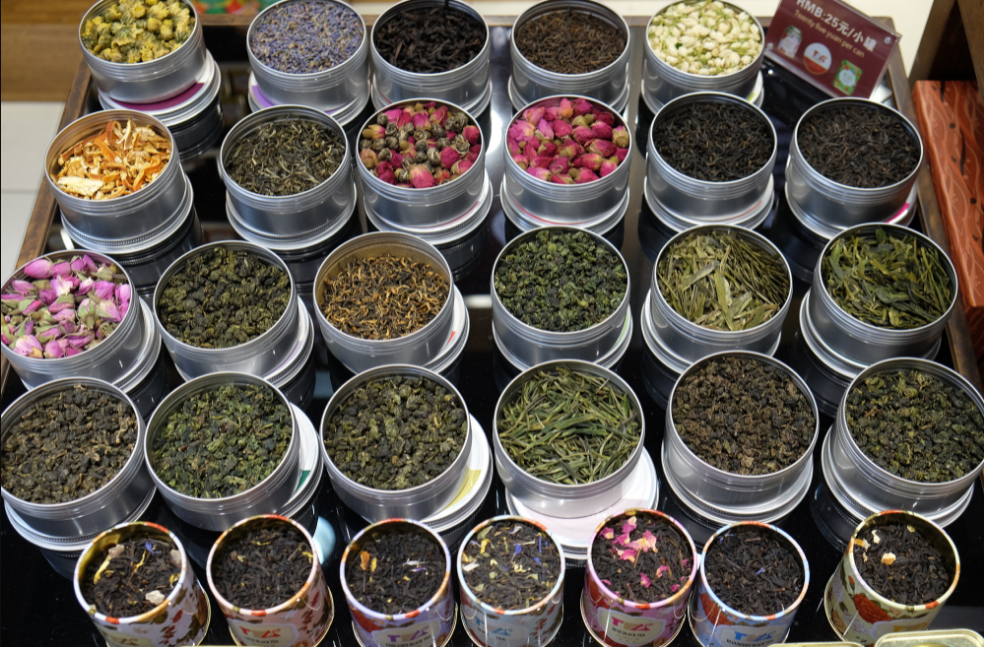 From green tea to black tea, oolong to rooibos, the flavors that you can find in a hot cup of fresh and delicious tea are endless. Did you know that, outside of rooibos, the different tea leaves in your cup all originate from the same plant? The differences between these vastly unique types of tea are minute, but make a massive difference to any true tea connoisseur!

If you’re just getting started out drinking tea, or have been subsisting on the same tired Tetley Tea Bags for decades, it can be hard to make a change. Understanding the differences between the most common types of tea is a great first step when it comes to switching up your beverage routine. What makes a cup of green different from a cup of black, and how does that affect the taste?

We’ve put together this simple guide to different types of tea, from field to cup. Once you have a handle on the many varieties on store shelves, you’ll be able to confidently brew the best tea for you! Keep reading to discover the secrets behind your new favorite brew!

All Tea Starts as a Leaf

All tea begins as a single plant: Camellia sinensis. This bush-like shrub is famous for its leaves. These are the ‘tea leaves’ that form the base of nearly every cup of tea that you will ever drink!

A variety of factors differentiate the many types of tea sold today. Some varieties, such as white tea, get harvested when the tea plant is very young and the new leaves are at their freshest. Some teas get their names from the specific region and conditions under which the plant is grown, such as Assam tea or Yunnan tea.

In many cases, however, the factor responsible for flavor differences is oxidation. This refers to how much and for how long farmers expose the tea to the air after harvest. The darker “black” teas tend to be highly oxidized, while pale “green” teas undergo a different process.

The exception to this rule is herbal tea, which does not contain the leaves of the Camellia sinensis plant. Instead, they contain a curated selection of herbs or plants and are often caffeine-free. They have a reputation for being relaxing and include popular varieties such as mint teas, chamomile tea, and fruit teas.

Tea is grown and processed in every country that can support the propagation of the Camellia sinensis plant. Different traditions have sprung up around the best way to process and enjoy tea. Often, tea has different ritual and cultural significance, and certain preparations are popular in different locations internationally.

In our global society, we group many of these types of tea together on supermarket shelves. The two most common types of tea include black tea and green tea. The other varieties that you might see include oolong, white tea, pu-erh, and dark teas.

Black tea is any tea that has been heavily oxidized after harvesting. These tea leaves appear darker, and the process has a major effect on the flavor and aroma of the tea. This is a direct result of chemical enzymes in the air acting upon the leaves.

Think about what happens to a bouquet of cut flowers after they have been on the counter for a while. A similar process takes place in black tea leaves. Manufacturers dry these leaves completely before they ever reach a cup.

Black teas tend to be more popular in Western cultures, and drinkers often lighten them with milk or sweeten them with sugar. You will often find black teas included as part of high tea or afternoon tea services. Visit this website for more information about British tea culture.

In contrast to black tea, tea farmers prevent their leaves from oxidizing after harvest. After picking the leaves, they go through a “firing” process almost immediately. The heat exposure stops the enzymes in the air from acting upon the leaves.

While many types of tea will undergo firing at some point in the process, green tea is unique in that firing is the very first step. Green tea experiences the lowest amount of oxidation overall. Different cultures use different firing processes, including pan-firing in China and steam-firing in Japan.

There are many misconceptions about the amount of caffeine in green tea, with some insisting that it has more and others less. The truth is that it has about the same amount of caffeine as black tea, but the amount in a single cup is dependent on the steep time. Traditionally, green tea is only intended to be steeped for a short time and, thus, the ideal cup will have less caffeine than a cup of black tea.

Unlike black tea, green tea is not typically served with milk and sugar. It has a lighter, “grassier” flavor. Certain preparations of green tea are part of many eastern traditions, such as tea ceremonies.

A Cup for Every Personality

Whether you like the caffeine jolt from a cup of English Breakfast or the relaxing properties of a mug of herbal tea, you are part of a tradition spanning generations. Tea drinkers across the world have embraced the many types of tea originating from a single versatile plant. A great cup of tea has the power to connect humans across continents, and you are now part of that story!

There are more stories of connection where that came from! Check out the rest of the blog for more posts about the rituals and products that bring us together as humans.