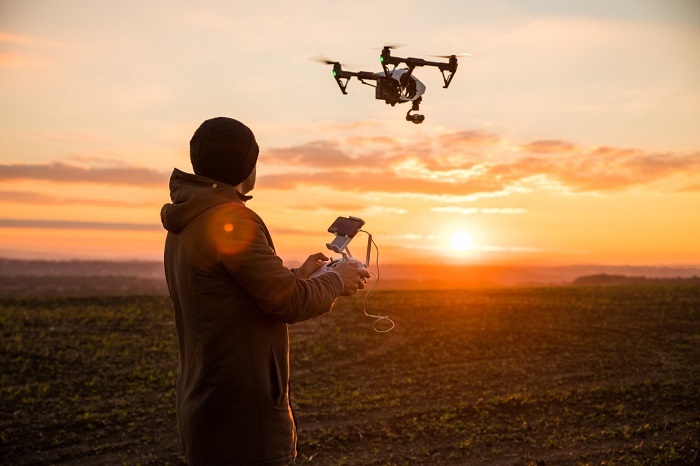 Did you know that there are more than 860,000 registered drones in the United States of America? There are many types of drones for you to consider if you’re in the market to get one. Each of the aerial drones you could consider brings a lot to the table that will make them a great fit for your drone videography.

The difficult part is learning which are the best drones within the drone industry for your goals and dreams. This is especially true if you don’t want to spend the big bucks on professional drones quite yet. The good news is that you’ve come to the perfect place to learn more about the different types of aerial drones.

Keep reading this article to learn everything you need to know to find your perfect drone.

The first type of aerial drone that you need to know about is the multi-rotor drone. This is one of the most popular types of drones and with good reason. Due to the multiple rotors on this type of drone, it needs a small area to take off and land. They’re designed to perform vertical takeoffs and landings rather than getting up to speed like a plane or jet.

The most common model of multi-rotor drones is done with either four or six propellers or rotors. Having multiple rotors provides a ton of benefits to the user. This is especially true if you have plans of doing drone videography with your drone. You’ll have a much easier time keeping the drone stable when it is up in the air thanks to the multiple rotors that propel it.

Be sure to check the amount of time that a multi-rotor drone will fly before it needs to get recharged as this will prevent you from losing or damaging your drone. Most multi-rotor drones will stay aloft for around 20 minutes before requiring more energy.

Fixed-wing drones look a bit more like a traditional plane or jet. They feature long and permanent wings on each side of the fuselage. They often require the use of a runway or a catapult to help them get going and up into the air. They’re also tricky to learn how to land them since they don’t have the multi-rotor drone’s ability to hover and vertical land.

With that being said, fixed-wing drones still bring a lot of great benefits to the table. They are often used for surveillance purposes since they can stay aloft for many hours at a time. They’re not a popular option if you’re someone that wants to capture amazing drone videography or photography.

If you see fixed-wing drones then they’re likely getting used for some type of surveillance or performing a long-distance task. They’re also popular with people that enjoy flying drones as a fun hobby. You should expect your fixed-wing drone to stay aloft and in the air for up to 16 hours before needing to come down to the ground for a recharge.

Read Also: Best Free Video Editing Tools that every Marketing Team Should Have

Single-rotor drones look just like helicopters except that they don’t have a pilot in the traditional sense. Many drones are essentially smaller versions of helicopters that get controlled by a remote pilot. Some are as small as a child’s toy while others are the same size as some helicopters.

The larger the single-rotor drones get, the more expensive they become. That being said, they make great professional drones because they’re easier to fly than fixed-wing drones and they can hover. This means that they’re a perfect fit for a drone pilot or user that wants to capture clear and stunning drone videography using a single-rotor drone.

You can get started with your own single-rotor drone by purchasing one for a mere $20 though the best drones will cost you thousands of dollars. One thing that sets this type of drone apart from the others is that it can run on electricity or on gas. This is dependent on size but it is a great option to have if you want more convenience.

Single-rotor drones are efficient though they don’t match the efficiency numbers that a fixed-wing drone puts up. They’re also more difficult to fly when compared to flying a multi-rotor drone. They’re not the best type of drone to get started with if you’re interested in getting a drone of your own.

Start Shopping for These Types of Aerial Drones Today

Aerial drones are a popular hobby for many people across the country and even the world. They provide new views and perspectives on your favorite landscapes and parts of the world. There are many types of aerial drones that you need to consider when you’re looking for the best drones for your needs. Some are more efficient than others while others run on gasoline.

For more informative articles, check out more of our blog today.

Should I Buy a Drone? 8 Awesome Reasons to Get One