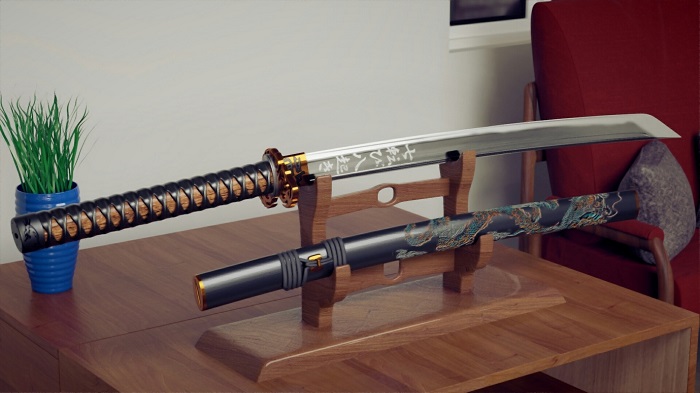 Japan has a long, proud, and fascinating history. For many of us, though, one aspect of it stands out from the rest:

With origins way back in the 8th Century, these fierce masked fighters had a reputation for skill, bravery, and honor. They also happened to employ a wide selection of swords! Want to find out more about their incredible weapons?

Keep reading to discover a selection of different types of Japanese swords.

The quintessential samurai sword, the word “katana” translates (rather unimaginatively) to “sword” in English. Unoriginal names aside, the katana was the go-to weapon for Samurai warriors of old.

Recognizable for the slight curve in their single-edged blades, they could be held in two hands and were sharp enough to slice through anything in their path. The internet’s full of awesome insights on these classic swords, so be sure to go right here to learn more about them.

Odachi and Nodachi are two different terms used to describe the same sword. Meaning “big sword” and “field sword”, respectively, you can probably guess what they’re famous for! That’s right:

A similar shape to the Japanese katana, but much longer and heavier, the swordsman needed real strength to wield an odachi/nodachi to good effect. They were also harder to use in enclosed spaces and when you needed to draw them in a hurry!

From one extreme to the other, we have the tanto: the smallest type of Japanese sword on this list! More of a knife than a sword, these beautiful blades were used as stabbing or slashing weapons in close-quarter combat.

Aside from their size, another factor that distinguishes the tanto is their shape. Whereas most Japanese Samurai swords had the tell-tale curve, these ones often had a straight blade and could be either double or single-edged.

Newbies to Japanese swords may struggle to see the difference between the tachi and katana. And for good reason: the tachi was its predecessor!

Similar in design, the main differences are the curvature and length, both of which are more extreme on the tachi. Indeed, it’s that extra length that helps explain:

An age-old blade, the simple Chokuto design comes from similar models found in ancient China. It has a straight blade with a single edge, which is very different from more recent Japanese swords. Likewise, the metal wasn’t folded or put through a differential hardening process in its manufacture.

Read Also: Sport Events To Look Out For In 2021

Why? Because neither technology had been invented when the chokuto was in use! Nonetheless, worn at the hip of foot soldiers and used for stabbing or slashing, it was still an effective weapon- especially for its time.

Now You Know About the Different Japanese Swords

Japanese swords are as unique, beautiful, and fascinating as the history of the country from which they derive! With any luck, the insights in this article have shed light on a selection of the best blades we’re privileged to know about.

Hungry for more fun-filled information on assorted topics? Check out similar articles on our blog now!

Surfing Apparel That You Should Have