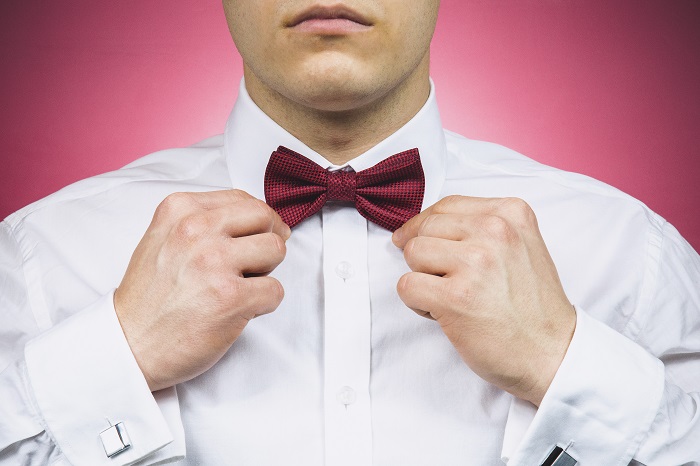 A well-chosen bow tie may transform your shirt, suit, and whole appearance. There are moments when accessories like men’s bow ties come in handy, especially when one doesn’t have the time or talent to set knots. The bow tie comes into play at this point as an important part of the attire.

Regarding civility, bow ties are more formal than neckties in most cases. For this reason, men’s bow ties are often used in conjunction with tuxedos. In addition to bow ties favouring regular neckties because of their formal look, tuxedos are also appropriate for formal occasions. Wearing a bow tie is suitable for any event or party you may be attending. It’s a classic choice that will enhance your look while including a traditional style that you won’t find in a necktie or a tie bar.

DAY OF THE INTERNATIONAL BOW

On August 19, International Bow Day is observed to commemorate Bow Ties, which have had a long-standing effect on fashion. The bow has evolved throughout time, from being used to decorate males’ necks to being used only as a hair decoration for women.

When bows were first introduced in the 18th century, they were only worn by men. However, as fashion progressed, more and more women started to don the decoration. Even though they have never gone out of style, bows have a fashionable impact.

WHY IS IT IMPORTANT TO WEAR A BOW TIE?

Bow ties provide a personal touch to every ensemble by adding a unique twist. You may express your individuality by wearing brightly coloured bow ties or something more traditional with a polished design. Demonstrating that you can pair it with the rest of your outfit says a lot about your ability to be imaginative.

Unlike the other guys in the room, this gentleman is recognised by his bow tie. Bow ties not only distinguish males from the rest of the crowd, but they also bring attention to the wearer’s face, making it easier for others to recall who they were talking about. A bow tie may not be appropriate for everyone, but those who do get noticed are more than those who don’t.

When you put on your favourite neckwear, you’re demonstrating your actual, strong identity rather than just dressing for the occasion.

Consideration should be given to the way an outfit is styled. It is essential to consider how the colour, texture, and pattern of the bow tie will complement and contrast with the rest of your clothing when selecting the proper bow tie. A person who knows how to pick a fantastic bow tie exhibits his understanding of fashion and his attention to detail and astuteness in his decision-making.

THERE ARE DIFFERENT TYPES OF BOW TIES:

In the world of bow ties, “self-tie” or “freestyle” bow ties are referred to as those tied by the wearer. Once the bow has been braided, the natural lines, shape, and slight asymmetry of the bow give attractive features that a pre-tied bow or necktie cannot equal in appearance. It does, however, take some time and endeavour to master.

It introduces the Pre-Tied Bow Tie, which has a neat, preternaturally symmetrical bow attached to an adjustable band at the back. It’s simple to size, and it’s even simpler to put on. Pre-tied bow ties are suitable for children and for adults who do not have or do not want to have the ability to tie and change bow ties on their own.

When you shop for this item, look into the main features of the product, its uniqueness and the purpose. Some people use it as a style accessory.

ALL YOU NEED TO KNOW ABOUT SUITS 101