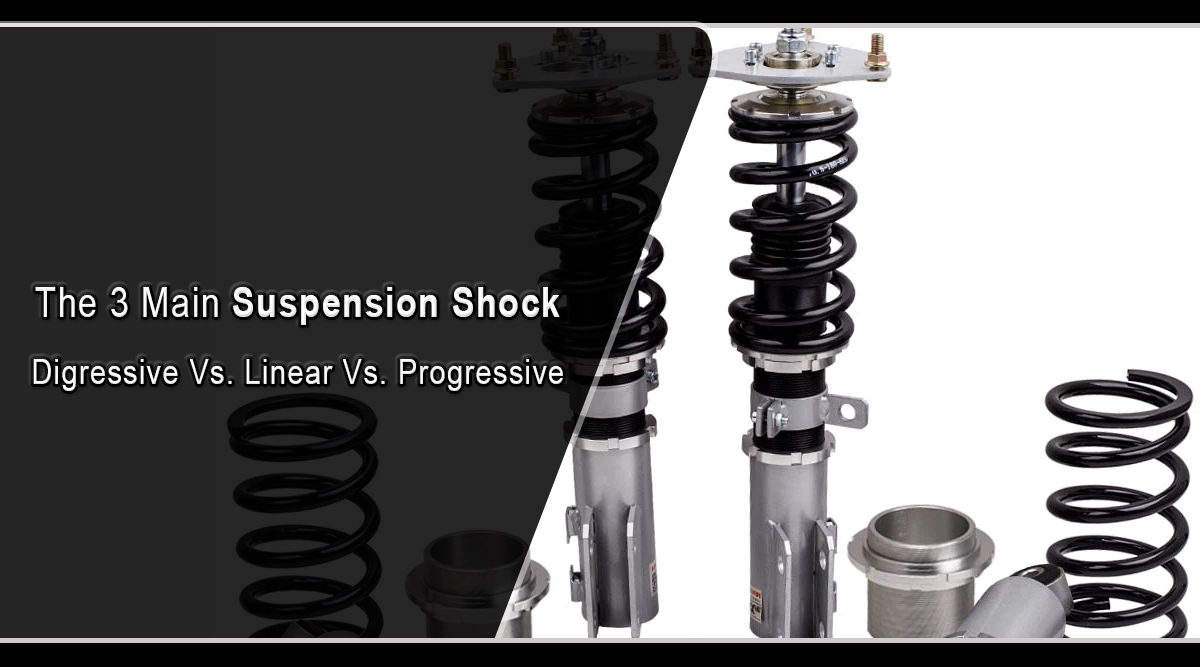 If you’re crazy about biking and off-roading stuff, you know how rapidly the automotive industry is changing. Just take the example of suspension, earlier we had just one factory fitted shocks, but now we have multiple articles in the market with cool modifications.

Talking about the three main motocross suspensions: digressive, linear, and progressive. From this point onwards, this guide will help you get a comprehensive information on these three kind of shocks.

When it comes to evaluating performance, these three shocks can have their own pros and cons, with reference to rebound and compression ratio. Most of the commonly used fox suspensions with shock shims in the market are linear ones, while the icon ones are digressive.

To perfect your bike handling on any kind of bump, whether large or small, the shock design and tuning have a major influence. Attaining the correct suspension performance requires a perfect damping curve, which is explained down below. You can create the perfect damping curve across these three suspensions by understanding the cogent differences listed below.

A small bump or washboard on the road can cause the wheel to have small movements. Precisely, these movements are so small that they prevent the motorcycle valving shim disk from opening. Consequently, these movements can happen at times of both compression and rebound, stiff in case of digressive, and smooth for the progressive shocks.

In case of large bumps and whoops, both rebound and compression observe high speed. Take compression, the wheel moving at 200 in/sec gets a shock, which would absorb the bump and lift the chassis so that it doesn’t bottom out. Digressive shocks can project load, insufficient to raise the chassis, while the progressive shock would deliver a smooth and controlled feeling.

Read Also: 3 of the Most Common Causes of Motorcycle Accidents

For rebound, the wheel might be moving at 50 in/sec. In this situation a digressive shock would pull the chassis into multiple bumps prior to letting the wheel move freely. Whereas, the progressive shock in case of rebound damping will always give the feeling of a potential bouncy ride.

Digressive suspensions with sxs motorcycle Valving Shims are much better to handle when compared to the progressive ones, as they have a higher force of 2 in/sec. Even though the shocks and springs would influence the handling, however, their main task is to control overall suspension performance. Hence, they must be tuned to perfection, in order to get the best ride possible.

Understanding the shock design is quite simple as all three kind of shocks give different damping curves, which ultimately depends on their tuning. The digressive shocks are made by preloading the valve disks between 0.002″ and 0.015″. This can be done by raising an outer edge near the suspension piston seal. The major drawback with the digressive design is the preload thickness that produces varying damping loads

On the other hand, the linear shock has a flat front that can be used to create digressive damping curve. This is done in rebound case, the curve need not to be too much digressive, bleed holes made in the suspension piston can allow the linear shock to turn digressive.

However, the linear shocks are essentially made to deliver a linear shock curve. It should be noted that linear shocks do have some point or nose present on the curve around 2 in/sec, resulting from friction produced by the internal parts transition. To ensure a good linear performance, you can use pyramid stacks, which are valve disks with reducing diameter.

Summing up all the discussion done above, it’s good to have multiple options for shock designs, however, going a bit too much can change the desire into something ugly. For on-road riding, you can resort to using digressive shocks, as they are not fit for rough rides.

They can handle simple g-outs and provide a smooth handling experience. Unlike the digressive ones, the progressive shocks are fluent in handling small bumps and large hits on the road.

The third kind, linear shocks with progressive damping curves can give an exemplary ride, if they are tuned correctly and bottoming is fully controlled. If you are looking for the all-round performance, the linear damping curves should be your go to option. Above all, you need to choose the right suspension that fits your need and suits your mode of riding.

5 Motorcycle Crash Documents to Have When Meeting Your Lawyer

Car Crash Recovery: Everything to Do After an Accident