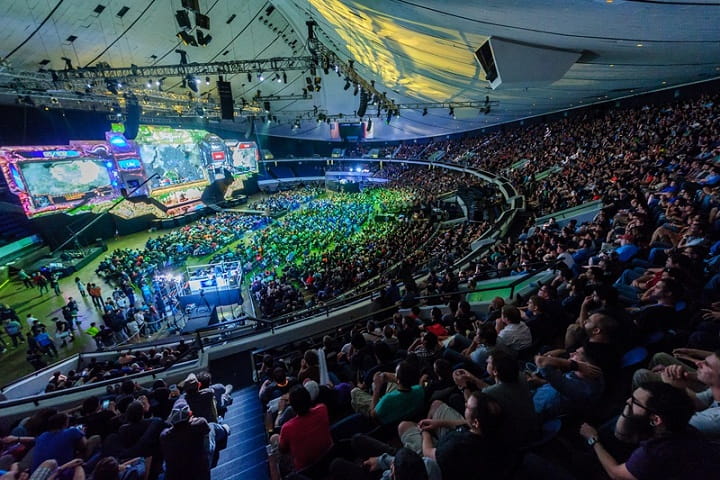 There are many places out there where you can watch football while having a pint, like The Cornershop Bar. Last year was unsurprisingly a bit of a fail for sporting events and the likes for obvious reasons. The only good thing to come out of it is the fact that 2021 is now going to be jam-packed with all the ones we missed and more! Here are some of the epic events you can start to look forward to.

The Euros – The Euros have been rescheduled to take place this year, starting in Rome and going from June 10th to July 11th. The semi-finals and finals will later take place at Wembley Stadium. 12 cities (Rome, Baku, Saint Petersburg, Copenhagen, Amsterdam, Bucharest, Glasgow, Bilbao, Dublin, Munich, and London) will see 24 teams playing 51 matches to make it to the finals. At the moment it’s assumed that the Euros will take place in front of domestic crowds but that no fans traveling from outside countries will be permitted to attend the event.

Wimbledon Championships – This year the Wimbledon Championships will begin on Monday 28th June and carry out through to Sunday 11th of July. We’ll see defending singles champions Novak Djokovic and Simona Halep compete in front of a much smaller crowd as the event is set to take place with the assumption that there will be some fans present at an extremely limited capacity.

The Olympics and Paralympic games – The Olympics are set to take place on the 23rd of July through to the 8th of August whereas The Paralympics will begin later on August 24th and end on the 5th of September. Both will be held in Tokyo where they were originally meant to take place last year. It still remains unclear to what extent fans will be permitted to view the events and will become clearer in April and June time. However, a survey did show that 77% of the Japanese public did not want or were hesitant for the games to be held this summer in fear of it sparking another surge in Coronavirus cases.

Read Also: Hybrid Events Are The Future Of Events?

Rugby League World Cup – The Rugby League World Cup will be held in England and for the first time in history the men’s, women’s and wheelchair tournaments will all take place together. All 61 matches will be played in England throughout the 23rd of October to the 27th of November though the dates have been said they’re subject to change. Like most other of these sporting events, there will be a limited number of fans allowed to see the events.

British Formula 1 Grand Prix – The 2021 Grand Prix is being held at Silverstone racetrack from the 16th to the 18th of July. At the moment the event is selling tickets at a slightly reduced capacity but have said all tickets are subject for a refund or to be moved to a later date if Coronavirus makes it so spectators are unable to attend.

Be sure to also keep an eye out for other exciting events including Tour de France, the Lions tour of South Africa, the Inaugural hundreds tournament, and much more!