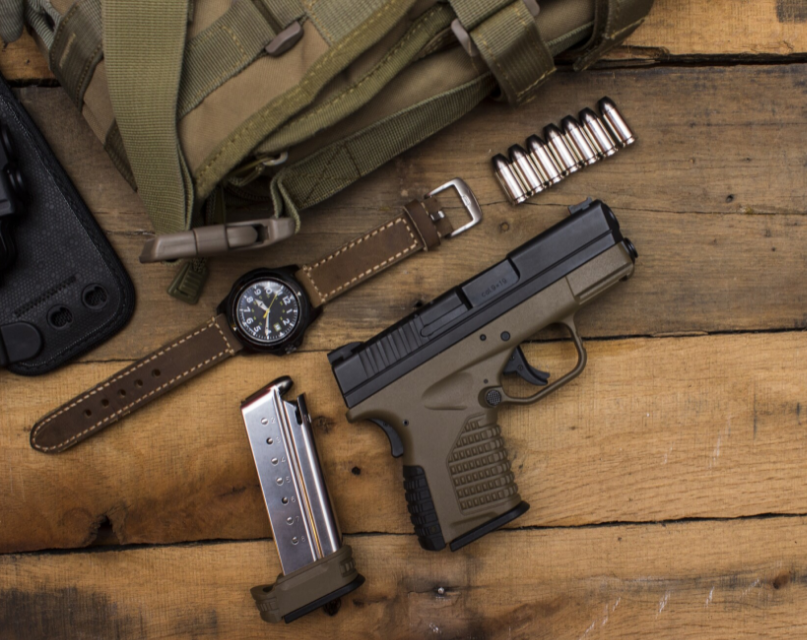 If there’s a single state that has kept true to the tradition of the Wild West, it’s Arizona. It is common knowledge that Arizona gun laws are some of the loosest in the entire nation.

In a nation where there are 120.5 civilian-owned firearms for every 100 people, it’s understandable that there must be background checks to purchase a firearm.

In Arizona, you’re required to undergo a background check when purchasing from a licensed seller. However, the background check can be lawfully disregarded if it’s a private sale. This can be attributed to the fact that Arizona doesn’t require guns to be registered.

In order to purchase a gun through a private sale, the buyer must be at least 18 years old. Purchasing a handgun from a licensed dealer requires the purchaser to be at least 21 years old.

Read Also: Negligent Security and More: How a Premises Liability Attorney Can Help

In Arizona, a person that’s 18 years old can legally open carry and possess a firearm. However, gun owners must keep in mind that they cannot carry a weapon into restricted areas like schools and stores with no weapons signage.

A person that’s at least 21 can carry a concealed firearm without a permit.

Gun Laws in Arizona for Self-Defense

Arizona doesn’t have a specific “stand your ground” law. However, similar to Texas, Arizona law follows the Castle Doctrine, which states that you’re allowed to defend yourself with a few caveats. In order to legally stand your ground, you must not be engaged in an illegal act and be in a place you can rightfully be.

If you follow the conditions, then you do not have to retreat in the face of a threat or assault. However, when faced with a potentially life-threatening situation, you must still show constraint and use reasonable force.

The stun gun laws in Arizona state that you’re allowed to carry a stun gun, taser and pepper spray without a permit. However, stun guns and tasers much abide by several restrictions to avoid charges.

People who wish to carry these weapons do not need a permit, registration, or license to purchase and carry them on their person. Like firearms, a stun gun must only be used as an act of self-defense.

If you use a stun gun on another person, even accidentally, it may result in a misdemeanor assault charge. If the electrical charge ends up causing the person serious bodily harm, then a district attorney may elevate the charge into a felony aggravated assault.

Additionally, using a stun gun on a law enforcement officer or even threatening to use one is an immediate class four felony charge.

Although Arizona gun laws don’t require a concealed carry permit, there are several benefits to getting one.

The first benefit is reciprocity. If you’re an Arizona resident and plan on carrying your weapon across state lines, you’ll want a permit to continue to carry a concealed firearm legally. You cannot lawfully carry in certain states without a concealed carry permit. To see which states have reciprocity with Arizona, you can look here.

A concealed carry permit allows gun owners to carry their weapons onto premises that serve alcohol, National Parks and within 1,000 feet of a school.

If you’ve ever tried to avoid carrying a firearm within a thousand feet of a school, you’ll know that it’s nearly impossible.

Additionally, the City of Phoenix prohibits people from carrying firearms within one square mile of a park without a permit.

Other benefits include a streamlined firearm purchasing experience and a smoother legal process if required. Having a permit allows officers to identify you as a person who has gone through a legal process and education regarding your firearm.

While getting training isn’t something that should be required to exercise your rights, it provides vital education for safe firearm use.

Concealed carry in Arizona allows people of age to carry a loaded and concealed firearm on their person or anywhere within a vehicle. This is due to the Constitutional Carry Law followed in Arizona.

Arizona issues concealed weapons permits to both residents and non-residents who are at least 21 years old or 19 if they’re active military.

For eligible non-residents, Arizona offers multi-state concealed carry reciprocity. But the caveat is again that the gun owner must be at least 21 years of age.

Non-residents of Arizona with a concealed carry permit from their home state will benefit from understanding reciprocity. It’s always best to cover all your bases to avoid a lengthy legal process.

Carrying a Gun in Arizona

It’s common knowledge that Arizona gun laws are some of the loosest in a gun-friendly nation. However, it’s not entirely law-free.

Gun owners must understand the minute details pertaining to gun laws in the state to avoid potential charges tainting their permanent record.

If you enjoyed this article, check out some of our other recent posts for more tips!

What Are the Different Types of Cannabis Products That Exist Today?

Window Talk: How Many Types of Blinds Are There?