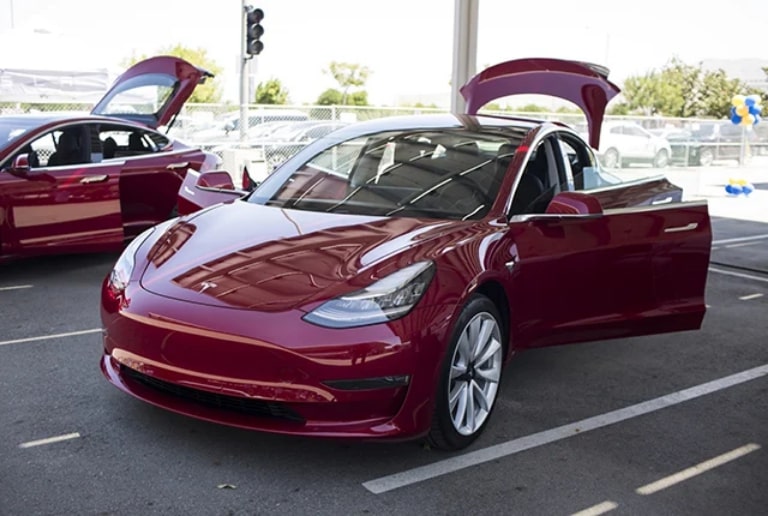 Electric cars have become increasingly popular over the past few years, but how do you know if they will save you money in the long-run? The biggest downsides to electric vehicles are using too much electricity as well as the cost of charging your car. That’s where the Optiwatt app comes into play.

GetOptiwatt.com, founded by software developer Casey Donahue, helps save Tesla owners money on their electricity bills while reducing CO2 emissions in the air.

The first electric car was invented back in the 1800s, however, the Henney Kilowatt — the first electric car in America — was first produced in 1959. Unfortunately, the Henry Kilowatt had a lot of deficiencies that delayed its popularity. The car had a max speed of 60 mph and needed to be charged every hour. Until recently, the speed of EVs was not able to keep up with the needs of the average car owner.

The rise in battery-powered electric vehicles has been substantial over the past few years. One of the biggest social pushes for EV use is the public’s realization of how bad gas-powered cars are for the environment. According to Statista, 4.79 million vehicles in the world were electric in 2019. That number is up over 1.5 million from the year prior.

The app is designed to save Tesla owners both time and money by charging their car during off-peak hours, meaning not only will the user be getting the cheapest electricity rates, but they can also help save the environment.

“By shifting people’s charging schedule to off-peak times, Optiwatt can educate people to understand when renewables are generating the most, as well as when the fewest people are using the grid. This essentially saves users money on cheaper electricity rates” says Donahue.

The advantage of using the Optiwatt app to charge your Tesla boils down to energy rates. Tesla’s software has no way of determining when your electricity rates are cheap or expensive. Therefore, the user is faced with lost potential savings by charging their EV during peak hours.

Optiwatt determines when your rates are the cheapest and will automatically start charging your Tesla. While there is certainly a chance that electric rates will go up with the rise of electric cars, Donahue believes there is a new wave of smart infrastructure to support it.

“We can smartly charge cars when energy is being produced at a high rate on the solar side without having to use more generators,” says Donahue. “What electronic vehicles bring to the table is not only a way to smartly charge at different times, but a way to store that energy. Once all these cars come on the road, we have a new way to store energy more efficiently.”

The big downside to gas-powered cars is the burning of fossil fuels. Electric cars are the start of reducing our carbon footprint and are a small step towards keeping our planet green.

“We know the roads to make electricity cleaner,” Donahue says. “You have hydro, you have renewables, and you have solar. There is a lot of progress being made on that front. Between electricity and gas, electricity is really the only one that has the potential to be clean.”

Optiwatt will not only lower the peak load on the grid but also help utility companies coordinate their usage to reduce the amount of power plant emissions.

. He admits that Optiwatt is in its early stages, but is working to position the company for when electric vehicles are the main source of transportation.

Optiwatt Helps You Save Money

The positive impact electric cars have on the environment are evident, but it can also help the users save money. According to Optiwatt data, users save around 70% when they use the app to charge their vehicle if they have time-of-use rates. One of the biggest advantages Optiwatt has is that the user does not have to pay for any hardware, as opposed to smart chargers. The difference between smart chargers and the Optiwatt app is the app has no extra costs associated. The app is completely free to use.

Affording an electric car is not attainable for everyone. The average cost of an EV is just over $55,000, almost $20,000 more than a gas-powered car.

The cost to recharge versus fueling up your car is where people can make their money back. The average driving distance per year is 13,500, which translates to around 33 kWh. If you drive 13,500 miles, the cost of charging your vehicle would be about $445 a year. Miles per gallon can vary but the average is 25. Combine that with the average gas cost of $2.32  — driving a gas-powered car costs $1,253 in gas each year. While that doesn’t seem like a huge difference, you have to realize the price of gas fluctuates, and Optiwatt will guarantee lower than average rates.

Optiwatt’s app shows users how much money they spend when they charge their car. This gives them an understanding of how much money they should be spending every time they recharge and essentially serves as a benchmark of what they should be paying. According to the U.S. Department of Energy, residential charging costs $0.10/kWh while a third party charger costs $0.60/kWh.

“Optiwatt tracks how many kilowatt-hours you’re using and how much it costs,” says Donahue. “It really helps you understand how not to get ripped off by the third-party providers.”

With electric cars becoming increasingly popular, Optiwatt is a step ahead of their competition and will help its users save the environment and their paychecks. Register your Tesla for free with Optiwatt.