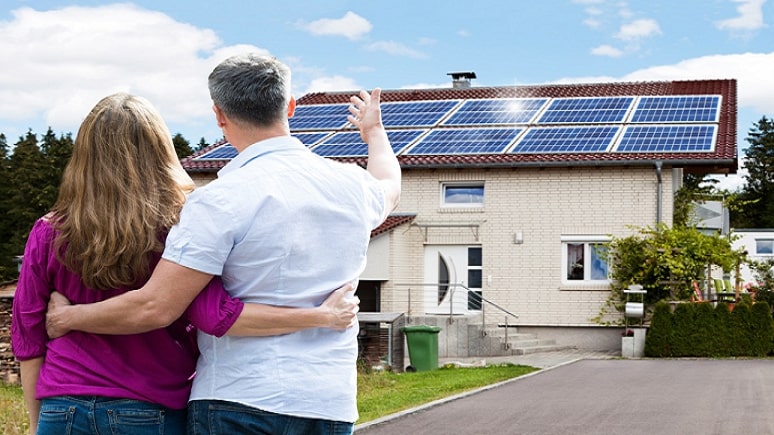 A set of solar panels can turn sunlight into electricity for thirty years or more. But critics point out that the process of creating the panels takes energy and creates pollution. So you might be wondering, is solar energy renewable?

Read on to learn about the benefits of solar energy, and what makes solar energy renewable.

Renewable energy, also called “clean energy,” comes from sources that are naturally replenishing. These include sources such as sunlight, wind, water, or plants.

What Is Solar Energy?

Solar energy is produced by solar panels, which contain photovoltaic cells made of silicon. When sunlight shines on the panels, it knocks electrons off of the silicon. The electrons move around a circuit to create an electric current.

Solar energy can be produced by giant solar farms, which help to power cities, or by rooftop systems, which provide power to a single home or building.

The process of manufacturing solar panels requires energy. It takes energy to mine the materials, produce the glass, and fuse all the pieces together. However, the solar panels soon produce enough clean energy to make up for the energy lost during production.

After that point, the panels can continue to operate for another 25-30 years, so that they can produce between seven and thirty times the amount of energy used to create the panels.

Critics also point out that solar panels use material that comes from mines, such as aluminum, lead, copper, and cadmium. But this doesn’t make solar power any worse than fossil fuels, which also have to be mined. The material used for solar panels continues to produce power for up to 30 years, while coal and natural gas must be mined continually to keep producing power.

Once you’ve paid to have solar panels installed, they produce free, nonpolluting energy for decades. Eventually, these savings can pay for the cost of installation. If your solar panel setup produces more electricity than you use, you can even sell it to the power company to lower your utility bill.

While solar panel installation costs several thousand dollars, the federal government provides incentives that can lower the cost by up to 26%. State and local governments may also provide incentives for installing solar power.

So is solar energy renewable? Yes, because once manufactured, solar panels just need sunlight, a renewable resource, to keep making free, green energy. This makes solar panels a good tool both for reducing pollution worldwide and for saving money at home.

If you enjoyed reading this, find more articles about home improvement on our website.

How Much Does a Central Air Conditioner Cost?

6 Things to Remember When Building a Loft in Your Home