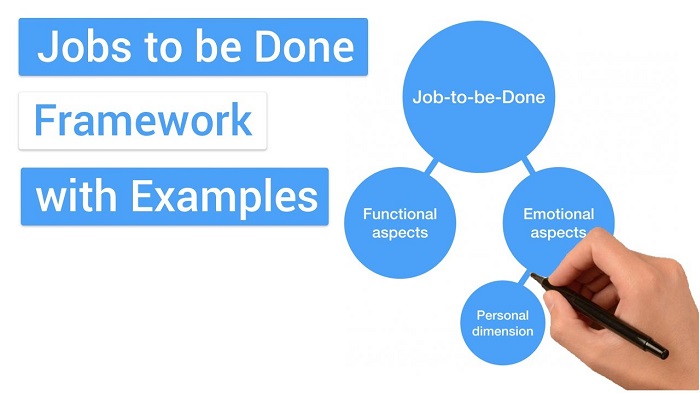 Innovation is a word that gets thrown around quite often in business. However, innovation isn’t just about coming up with new ideas and products. Innovation needs to also be about understanding the needs of your customers better than anyone else does. In this blog post, we will discuss how the jobs-to-be-done theory help innovators understand their customers better with a few examples.

What is Jobs-to-Be-Done Theory?

The Jobs-to-Be-Done theory was developed by Clayton Christensen and is a way of understanding how customers buy products. In short, the theory states that people don’t buy products, they hire them to do a job. For example, when someone buys a drill, they aren’t buying a product, they are hiring the drill to do the job of drilling holes in things.

The reason this theory has been so successful is that it helps companies understand how to position themselves better in the market by giving them a clear understanding of their customers’ relationships with their products while also visualizing underserved market segments. It’s a lot easier for a company to compete when they know what job their customer is hiring them to do instead of trying to sell against every other competitor out there doing the same thing as you are.

There are many examples of the jobs-to-be-done theory in practice. Here are two:

One critical example is Xerox photocopiers in the early 2000s. At the time, Xerox was trying to compete against cheaper photocopiers that were being sold by companies like Canon and HP. However, they weren’t doing very well because people weren’t buying their product, they were hiring it to do a job. The problem was that Xerox didn’t understand what job their customers were hiring their photocopiers to do.

The cheaper photocopiers being sold by Canon and HP were being hired to do the job of making copies quickly and cheaply. However, there were things that these photocopiers were missing that could get their job done better and faster. When Xerox figured out that people were hiring their photocopiers to do the job of producing high-quality, multiple copies with little effort in a short amount of time, they started selling products that did just that by adding features like automatic duplex and reducing the time it took to make a copy.

Read Also: Best Jobs for Students that Pay up to $40 per Hour

A recent key example of JTBD in practice is with electric car company Tesla. One of the biggest obstacles for new companies like Tesla to compete is that they are entering a market where there are already incumbent players who have been selling cars for many years without much competition or innovation. However, he solved one major problem in the consumer marketplace: people don’t just want to buy cars. They want to do so more affordably and more easily.

By creating a web platform that is easy to use and car models that are affordable yet stylish, Tesla was able to tap into a new market of people who wanted to buy electric cars but didn’t want all the bells and whistles that came with them. Tesla wasn’t trying to sell against other car companies, they were selling against the job of buying a car from another company.

Tesla CEO Elon Musk has taken it one step further in recent years; he has captured the younger generation through his social media presence. By creating a unique persona through memes, funny tweets, and a rebellious demeanor, Elon Musk has helped many young people complete the job of finding someone who they respect and feel as though they can relate to. Ultimately, this results in further adoption of his electric vehicles.

These are just two of the many different ways that companies have been capitalizing on the jobs-to-be-done theory in recent years. The more a company can understand their customers and what job they are trying to get done, the better off they will be because it allows them to build products that solve their problems instead of just competing against other players in an already crowded market. For more in-depth information on jobs-to-be-done methodology, click here: strategyn.com/jobs-to-be-done

Why You Need a Tune-Up Checklist for Your Furnace

How Do I Choose the Best Real Estate Agent in My Local Area?