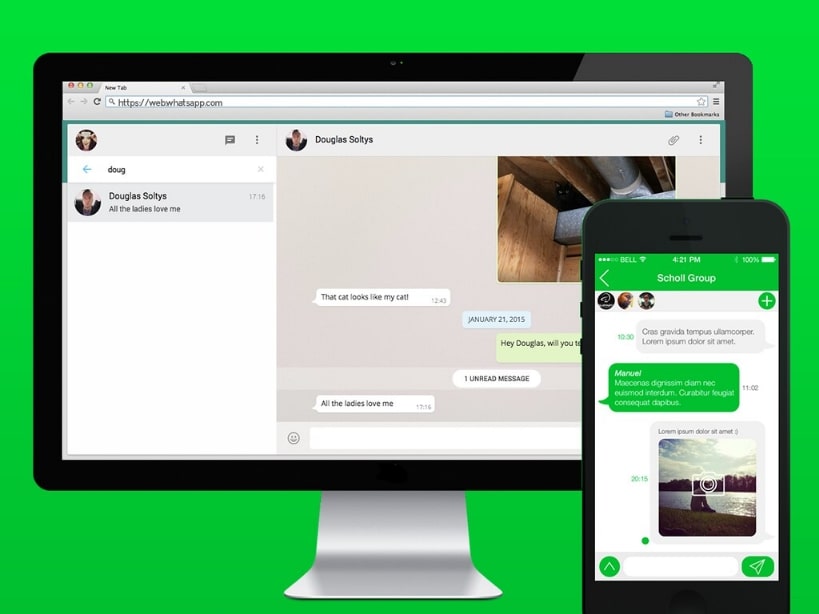 The WhatsApp Web or Desktop version are the two alternatives for those who want to use the messaging application on their computer, whether working with the messenger or even when silly surfing or playing games, to facilitate chatting. If you still don’t know the solution, find out how you can use WhatsApp on your PC or, if you’re already aware of the possibility, find out how to solve your dependency on a connected cell phone at all times.

Options for Using WhatsApp on PC

As I said above, there are two alternatives to use WhatsApp on the PC: via the browser (Chrome, Microsoft Edge, Firefox or Safari) or via a program downloaded and installed on the computer (either for Windows or for macOS).

In both cases, after installing the app on the PC or accessing the version page in the browser, you will need to scan the QR code to authenticate the account and log in to the computer. Find out how to do this at the link below:

How WhatsApp Web or Desktop Works

Both applications, whether the version installed on the computer or the web, will depend on whether the cell phone is also connected to the internet.

WhatsApp works differently from Telegram, for example, which stores images in the cloud and synchronizes with devices linked to the account. Facebook messenger stores messages on the phone and “mirrors” them on WhatsApp Web or Desktop.

Therefore, to work, the two apps depend on the connected cell phone, it doesn’t matter if it’s on the same Wi-Fi network or not, it’s just enough that it has an internet connection. However, WhatsApp is testing (still in beta) the login on multiple devices, precisely to eliminate the requirement of mobile phone connected while using WhatsApp Web or Desktop — more on this below.

How To Solve Cell Connection Problem

Because it requires a connected device to work, some problems may arise during use. This is the case of the famous “Telephone disconnected”. If this warning appears, messages will not be sent until the cell phone is connected to the internet again.

However, even with the cell phone connected , the above message may appear. This could be because the smartphone may “suspend” the WhatsApp app in the background to optimize performance or save battery power. To solve this, just open the messenger application on the phone to re-establish the connection.

In July 2021 WhatsApp announced the ability to connect the application to up to four PC devices (Web or Desktop) at the same time. Still in beta, this new feature changes the way messages are sent, especially in terms of depending on whether the cell phone is connected to the internet.

In the current method, the Web or Desktop version sends the message from PC to mobile and phone sends to recipient with end-to-end encryption. With the “Multiple Devices” feature, each connected application receives a unique key that is linked to the user’s account, so it is not necessary to send the message to the cell phone first and then send it to the recipient, communication is direct.