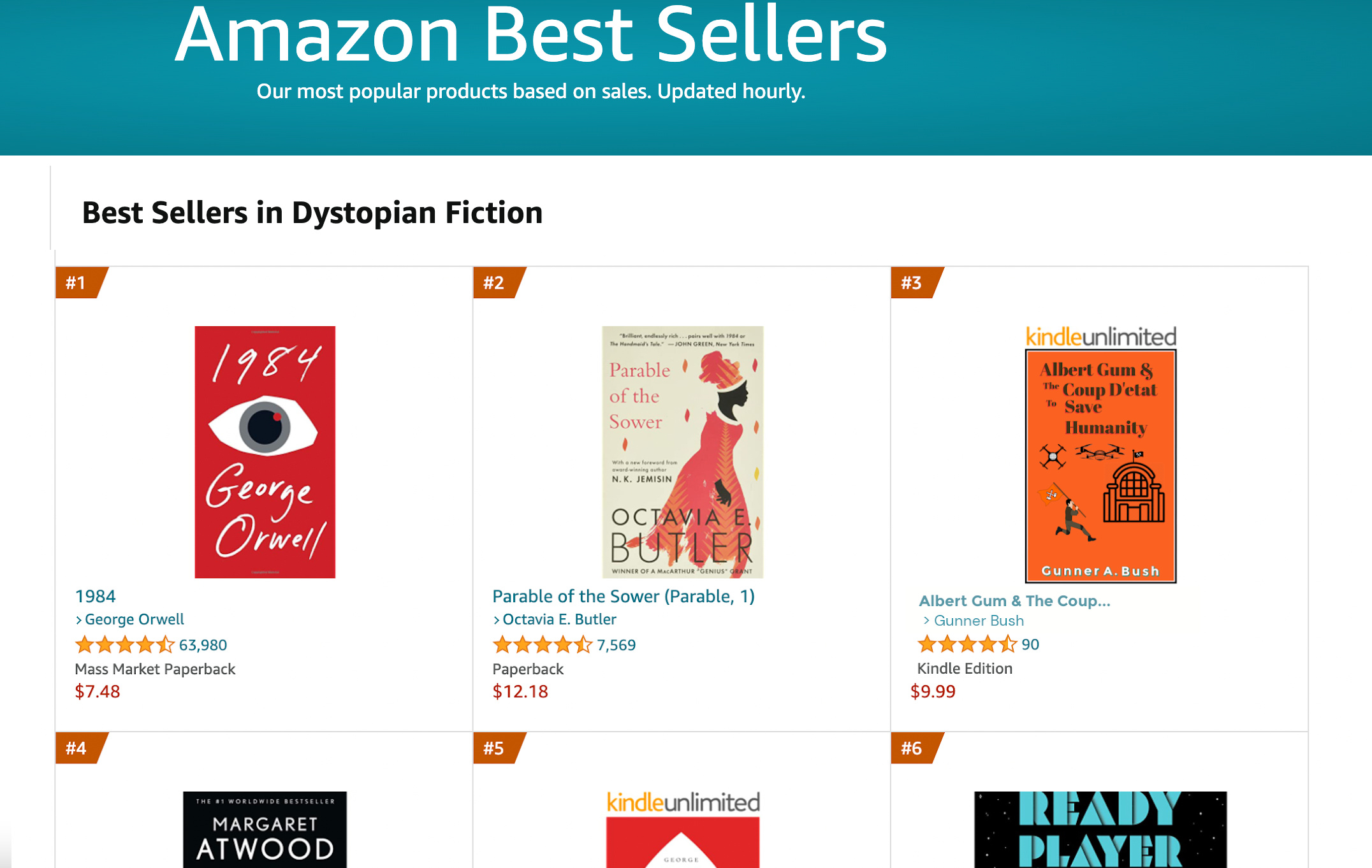 The acclaimed novel “Albert Gum and Coup D’etat to Save Humanity,” hailed as a masterpiece, has been added to several universities’ literature reading lists, including Duke University.

The novel with the unusually long name and published posthumously by Louisville, Gunner Bush, has been added to literature programs at Duke University. Several Ivy League Schools are considering adding it, and Trent University was the first to announce adding the novel to its curriculum.

“Albert Gum and Coup D’etat to Save Humanity” won the 2021 Cush Jar Award for best Dystopian Fiction Novel and has critics raving over it; it follows Gunner Bush’s first book, a memoir added to several universities abroad as a way to glimpse into modern American society.

Gunner Bush’s first full-length novel was first picked up online via Reddit in a sub dedicated to anti-work, fitting the book’s theme. The dystopian story looks at the future of America from the midwest, including Indianapolis, and highlights the future working class. It also highlights a few significant class juxtapositions and countries.

“Albert Gum & the…” is labeled a dystopian comedy, but the parallels to modern America are why the novel is getting so much attention. The media outlet Cush Jar mentioned this when announcing the award winner last year.

“Albert Gum &.. is quirky on the surface, but the underlying messages are frightening and eye-opening. Bush delivers a book with multiple parallels to our current American society that cannot get lost in the superficial comedy. 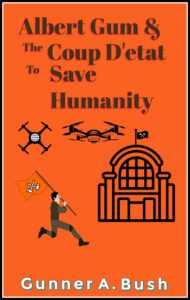 Book pundit Anthony Goodwin reviewed the novel and broke the news of the book being on Duke University Suggested Reading List. Goodwin said, “Every chapter has a different message that ties into an ongoing event in society whether it be sports-related, political in nature, or just the vanity of modern Americans. The underlying messages are rooted in current culture, and this book will be studied for a long time. It is an English professor’s best friend.”

Goodwin went on to compare Bush to a modern day James Joyce, “He doesn’t write like Joyce; I would compare his style and plot more to Vonnegut, but Vonnegut never had these types of hidden messages, or easter eggs from the current culture; every chapter has a message in it, every character represents someone or some type of person, and every consequence is significant.”

“Albert Gum & …” ranked at the top of this week’s Amazon charts for Best Sellers in Dystopian Fiction. The novel is also being released by Yellow Door Publishing and will be available at selected Walmart stores across the country in the fall.

This novel by Gunner Bush is being compared to the works of Vonnegut and George Orwell, and Margaret Atwood, but Gunner’s early memoir and reporting were compared to Hunter S. Thompson.

Gunner Bush covered the 2016 Presidential Election for Rolling Stone and worked briefly in the White House in 2020, covering power exchange. His second memoir on those days in the White House, including the January 6th raid on the Capitol building, will be released in the fall. It will follow a similar path to his rogue blog postings on Medium.com when he was working inside the White House.

“Albert Gum and Coup D’etat to Save Humanity” is available on Amazon Kindle and as a paperback.

What to Look for When Choosing a Preschool for Your Child

How to Organize Files and Paperwork