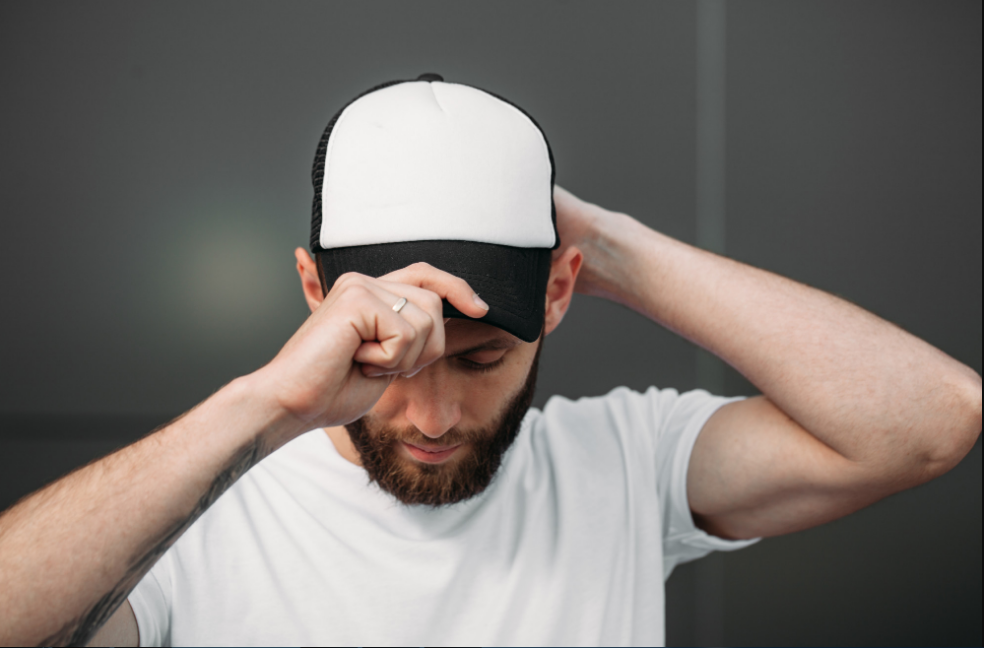 Did you know that the trucker hat first came into being in the 1970s? This makes it practically as old as the hills on a fashion timeline.

It wasn’t until the early 2000s that tracker hats really became a hot trend. After this, they never totally disappeared from the scene, but they certainly lost some of their must-have fashion appeal.

Fast forward to 2022, and trucker hats are once again an edgy item to rock.

They also offer a vanilla way to dip your two into the oughts and Y2K style phenomena that can no longer be ignored (as much as your 2000s scarred self might want to).

So there, we kinda gave it away. Trucker hats are back baby.

keep reading to find out why and how to rock cool trucker hats.

Why Trucker Hats Are Back in Style

Trucker hats are back, but why are they suddenly in style again? As we mentioned above, trucker hats are reminiscent of the style era of the early 2000s.

As Y2K fashion has been creeping back into being, some of these styles have started popping up once again. Bella Hadid is rocking low-rise Von Dutch jeans like a 2000s queen, and just about every celeb now owns a baguette bag once more.

Besides this, various style icons from Rihanna to Haley Bieber have been spotted sporting trucker hats.

Amidst all this early 2000s fashion inspiration, in the blink of an eye trucker hats became cool once more.

How to Rock the Trucker Hat Look

Are you wondering how to rock the trucker hat look like a seasoned style expert?

Thanks to its popularity with rappers, celebs, and general cool kids, trucker hats have an inherent IDGAF flavor to them.

However, one of the beauties of the trucker hat is that it can fit with a bunch of different looks. You can pair them with baggy pants, crisp sneakers, and a hoodie for an all-street-style, off-duty look.

You can also add a hipster vibe by pairing a trucker hat with black jeans, a graphic tee, and a leather jacket. If you want to up the ante and attain punk rock flair, go for a loose fit on your clothes, distressed denim, and a vintage trucker hat.

For a sporty look, pair some pale sweat pants with a tank top, a trucker hat of your choice, and some big, dark shades.

If you want to achieve a preppy aesthetic, simply toss on a pair of chinos, or a tennis skirt for the ladies, a button-up, a golf shirt, and top things off with your trucker hat.

Also, don’t think that you can only get cool trucker hats from big brands. You can pick up cute trucker hats from just about anywhere, including your local thrift shop. And if you want to incorporate trendy trucker hats into your ensembles without looking like everyone else, you can even consider customizing one with your name or a saying you like.

Clothing customization is a lot easier than you think, check it out!

Finally, don’t forget that there are multiple angles at which to rock a trucker hat. Besides wearing it facing forward, you can also pull a Bieber and wear it backward.

Trucker Hats Are Back Baby

Has it been a long time since you sported a trucker hat? Or have you been wearing them all through the years, and suddenly find your hat choice is the hippest thing since high-waisted skinny jeans?

Either way, the trucker hat trend is a fun one. Go forth and win those style points with these tips.

Looking for more lifestyle content to spice things up? Browse the blog for fresh content on a variety of topics.

5 Women’s Clothing Essentials You Need in Your Dresser

How to Find the Best Kindergarten Near Me: A Guide