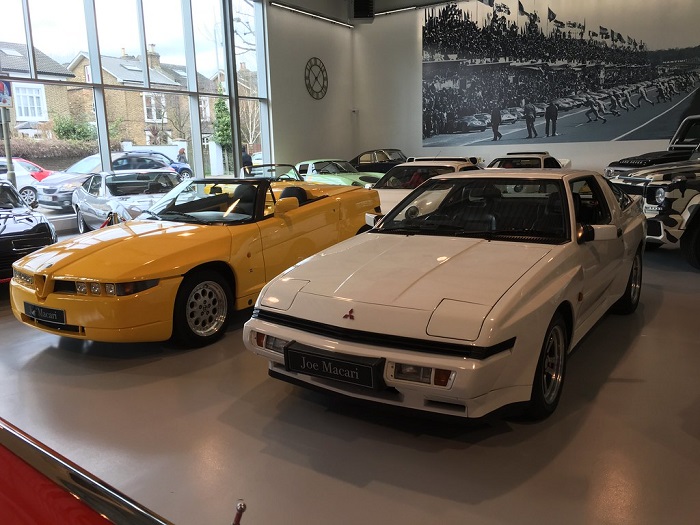 Mitsubishi launched their car “Starion” in UK, 1981. They launched the car for sports level as the market of fast built performance was rapidly increasing. There were many different fast-built sports cars with powered engines, some of them include; Toyota supra, Nissan, Honda prelude, and the Mazda’s rotary-powered engine RX-7.

A body kit is a collection of parts that have been customized to fit on a stock vehicle. It’s a package, as the title indicates, and it typically includes parts that are essential to the operation of a vehicle. The body kit is used to improve the appearance of your vehicle. An aero-kit, bumper-kit, or spoiler-kit is another name for a body-kit.

The History of Mitsubishi Starion:

When Starion was being launched, Mitsubishi was trading as the colt car company in the UK. As Starion was one of the Japanese manufacturers of modern turbocharged performance, they were successful in marketing their Starion in North America as the conquest under three different brands; Dodge, Chrysler, and Plymouth.

Porsche 924- influence MKL was the first to be badged as the cold Starion in the UK, powered by a four-cylinder, 2 liters, turbocharged engine of single overhead cam that could push out 170 bhp considering the absence of an intercooler on the turbo.  When MKI was introduced in 1983, air to air intercooler was added to Starion’s power plant, raising output power to 177bhp. A small bib-style front spoiler was placed underneath the bumper to push air into the recently installed intercooler, which had to be installed sideways due to space limitations.

There is still controversy going on over the car naming since it was being launched. Some believe and claim that Starion is the corruption of stallion which is caused by the mistranslation from English to Japanese.  This misconception was arisen by when the Japanese TV advert ended up featuring the horse’s head as the logo for the car. That logo represented the mythical Greek horse Arion and the celestial star, which resulted in the name of Starion, being a contraction of the Orion star.

The rear-wheel-drive Starion was further updated for the MkIII edition, which had a sportier appearance. The intercooler was reconfigured sideways thanks to an updated front spoiler with such a deep air dam, greatly increasing its performance. A new three-piece spoiler at the back lent a vehicle a noticeable ‘wrap-around effect, whereas the Starion’s bonnet lost its air vents up front. More bodywork was done to the car’s side panels, which were evened down, and a series of driving high lights were mounted in the front bumper valance. This significantly revamped version has been the final iteration of both the narrow-bodied Starion, as Mitsubishi Motors UK was just about to launch a completely new MkIV model, which would later be known as the broad Starion.

There are two different styles of the car body, which are mostly referred to as “fatties” or “flatty’s”. The narrow body style was built for some marketers because its dimensions coincided with Japanese trade laws that fined bigger vehicles with such an engine displacement above 2000cc. Mitsubishi unveiled the latest broad MkIV as that of the Starion ESI-R in the United Kingdom in 1987. Flared wheel arches and deep side skirts were added to the upgraded sports coupé, whereas modern strongly dished 16-inch aluminum wheels with chunky 225 profile rubber filled the extended rear ‘arches.

The most significant update for the 1988-introduced MkV was the implementation of both the 2.6-liter, turbocharged four-cylinder engine which was being used in cars intended for the US. This would be Starion’s last major body reform. Increased Western Europe emission standards, as well as the advent of unleaded gasoline, necessitated the installation of this engine.

But besides the greater displacement, a catalytic converter decreased output power to the only 153bhp, which was significantly smaller than the standard 2.0-liter engine. Some holders circumvented the restriction by eliminating the catalyst and swapping the stock turbo with a bigger Garrett unit, boosting the 2.6-liter’s performance towards a more acceptable 240bhp.

The absence of rock headlight cleaners on its front grille seems to be the only outward hint that perhaps a broad UK-market Starion is equipped with a 2.6-liter engine. All Starions sold in the United States came standard with only a five-speed manual transmission, with a four-speed automatic transmission available as a choice.

MacPherson struts were used for the main suspension, and anti-roll bars were installed fore and aft. Small slip distinctions and single-channel anti-lock braking operating just on the back wheels as standard on a few versions. Seating was configured in the normal coupé two-plus-two configuration inside the cabin.

Just on track, the Starion’s turbo lag has always been an issue, but the car’s striking appearances more than composed for just any technical shortcomings.

The Starion appeared competitive in such a variety of Group A World Rally Championship events, however, due to the elimination of Group B rallying, a street version never was completely produced. Two-wheel drive road cars were phased out of production in 1989, with the Mitsubishi GTO filling their place.

What’s the Perfect Camping Tent for You?

What Are the Different Types of Boats?