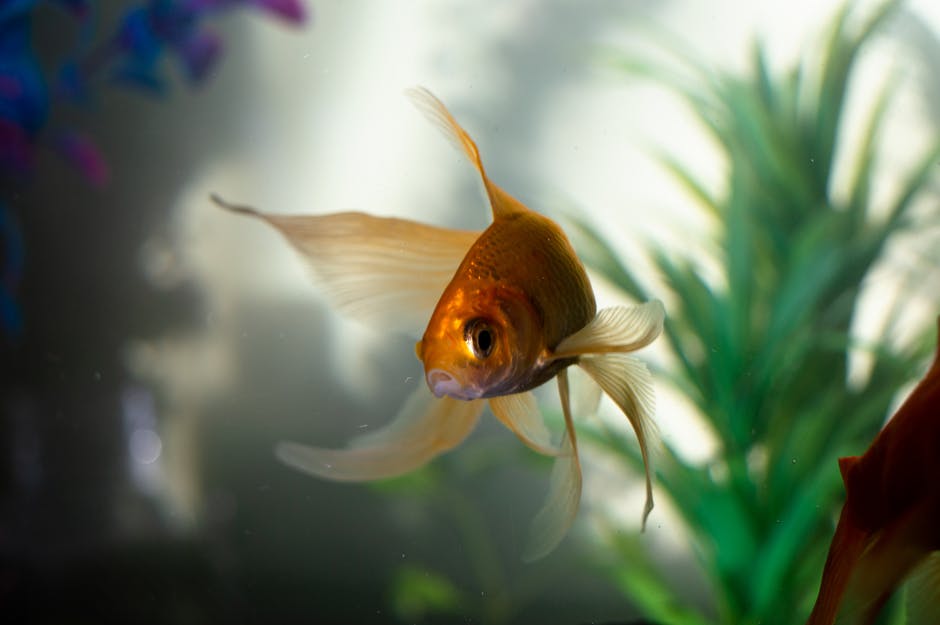 Most of our entertainment today comes in digital forms such as smartphones, TV, and the internet. While technology is much appreciated and frankly unavoidable, it’s a good thing to take a break from screens every once in a while.

If you’re looking for entertainment that’s closer to nature, then owning an aquarium fits the bill.

Isn’t it boring though? That’s a common misconception. Fishes are fun, colorful, and their different personalities can deliver more drama than a daytime soap opera!

How do you get started? Experts recommend that beginners should choose from common freshwater aquarium fish species first. That’s because freshwater fishes are more resilient and more tolerant of mistakes than their saltwater brethren.

Let’s take a look at some of the most popular freshwater fishes so you can dive right in on being an aquarist.

When you have an image in your head of a fish in a bowl, that fish is undoubtedly a goldfish. However, that’s actually the wrong way to house goldfish.

The reason is that goldfish can grow up to about 12 to 14 inches long.

Just from the looks alone, you can see where the angelfish get their name. They have fins that resemble wings and come in pretty colors and patterns.

While they’re certainly beautiful, befitting of the “angel” moniker, that’s not the only reason. Angelfish are also gentle and one of the friendliest types of fish for freshwater aquarium.

Male bettas are all gunning for the “alpha” spot, no one wants to be beta. Males are known for their notoriety and aggressive behavior towards other males. That’s how they got the name Siamese Fighting Fish.

They’re extremely popular and one of the best freshwater aquarium fish for beginners. Betta fishes are easy to care for and the color options are varied and vibrant.

We advise keeping only one male in the aquarium. You can house bettas with other peaceful fish types if you have a large enough tank.

If you’re looking to replace your TV altogether, then get these cute little critters inside a community tank. You can watch tiger barbs for hours and not get bored!

They’re also known as the Sumatra Barb since they’re native to Sumatra and Borneo.

They’re very aggressive and also has a bit of a reputation for nipping fins of other docile fish. However, you can tone down their aggression by keeping them in a school of at least five members. That way, they can turn their competitiveness towards each other instead of other species.

Install hiding places such as condition reef rock inside your aquarium if you’re housing tiger barbs. This will provide some solace and breathing room for fish that had enough of their aggressive play.

We listed some of the most common freshwater aquarium fish but there are plenty more out there. Whether you choose from this list or pick a different species, we promise that you won’t regret it.

For more home and lifestyle articles, feel free to browse our site.

How to Prepare For Nursing Clinicals and Labs Efficiently?