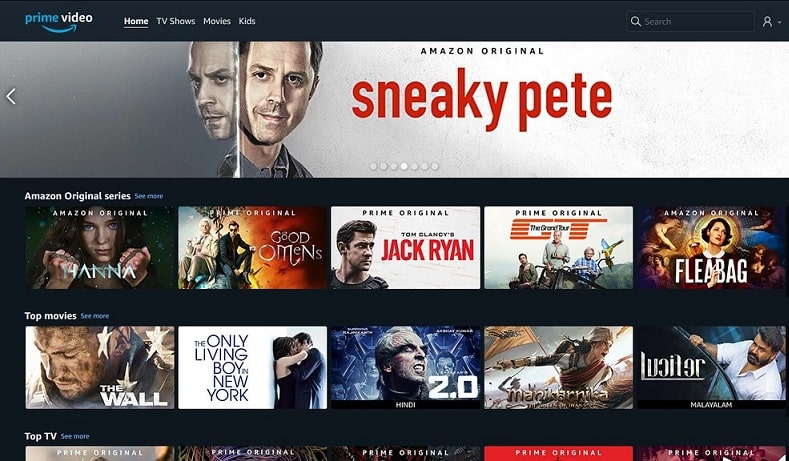 Nowadays people have some different craze for web series. Instead of watching Bollywood movies, viewers are going to watch web series. So today, we will brief some trending shows on Amazon Prime Video.

Amazon had given a lot of thriller, action, drama, comedy to its viewers. These web series had entertained a lot in the lockdown. This is a digital world, we all know that today people like some real content. That’s why viewers like to watch web series instead of Bollywood movies.

Here are some best shows on Amazon prime videos that are trending and left a different image in front of the audience.

1. Made in Heaven (Star Cast: Sobhita Dhulipala and Arjun Mathur)

Made in Heaven is an Indian web series released in 2019. The story revolves around the two partners Tara and Karan who were running a wedding planner company named ‘Made in Heaven’.

Each episode has some different stories in which they both target the uber-rich families. They both tell their past stories in the web series and also managing their wedding planner company. Very soon they will come their second season because of their hit first season.

Mirzapur is one of the best thriller web series of Amazon Prime Video. The story is moving around a city in Uttar Pradesh where smuggling of illegal weapons is happening in open. The head of the smuggler is ‘Kaleen Bhaiya’ who is operating all business of guns.

The most popular names in the series are Kaleen Bhaiya, Guddu Bhaiya, and Munna Bhaiya. This is the most trending web series of Amazon. The whole series was completed in nine episodes. But the story was not completed and viewers are hardly waiting for their second season. Now let see, what story we are getting in their second season.

Breathe is a story about the love of a father and a son. In this story, we will get to know, what a father can do to save his son. R Madhwan had played the role of a good father, his son Josh is in Terminal and want a transplant. It was not possible to get a transplant in some days.

So what Danny had done to save his son’s life, you will see about that in the story. This web series was also like by viewers and now they came back with their second season. Abhishek Bachchan and Amit Sadh had played the main role in this story.

This is a complete suspense and thriller based story released by Amazon Prime Video. The story is revolving around 4 criminals. In which a criminal named ‘Hathoda Tyagi’ kills people with his hammer. That’s why his name was Hathoda Tyagi.

The killer was very dangerous, he hits hammer like he is cutting coconuts. The story has some adult content and some abusive language. After some long time, viewers get some thriller and suspense based web series.

This is a story of a middle-class man, who is secretly working as an intelligence officer. He has a lot of loads to make his family happy and also to save the life of many peoples in Delhi from Gas leak attack. The story is about how a common is surviving in these situations.

The first season was hit and season one is ended in a dramatic situation. Now viewers are waiting for the second season for the completion of climax. Now let see, how directors are presenting their second season.

Inside Edge is the first-ever web series released on Amazon Prime Video. In this web series, you will get to see how matches are fixed in cricket and how dirty politics takes place in cricket.

The story is almost based on IPL where you will see the inside look of the worst things happening in the world of cricket. We all know how dirty politics takes place in cricket. All the actors had performed very well and make this series hit.

Very soon the director will release the second season of Inside Edge. Now let see, what story they are giving in their second season.

What is Remote Desktop Protocol and Best RDP to Buy

How to Change Any Language to English in iOS Gmail Account