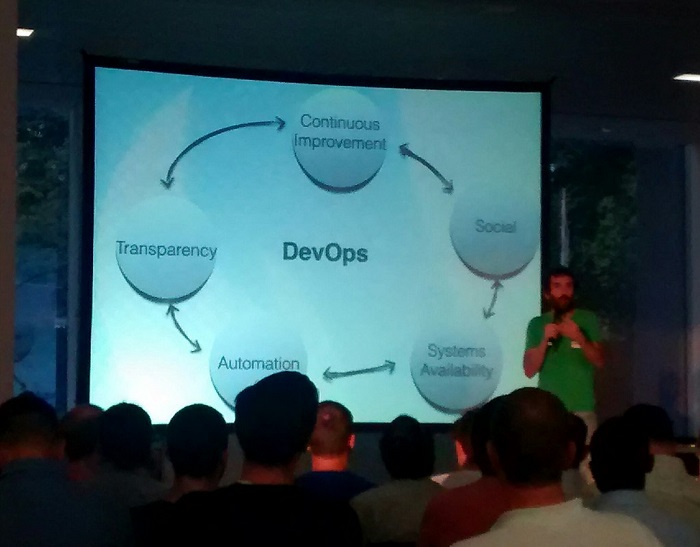 DevOps certified engineers are one of the highly demanded professionals in the IT department. DevOps is basically set of practices which is a combination of software development and the operations conducted in IT. If a candidate has a certification of DevOps then he or she can apply for a job in the field of IT department which is growing rapidly. DevOps Interview Questions are some of the questions that will help the aspirant to pass the interview.

If the CNI network plugin supports the network policy API of Kubernetes, then it will allow to specify the network policies that restrict the access of network. The communication can be restricted based on IP addresses, ports and /or selectors by Policies.

The mapping between the containers in Kubernetes is done by a Pod. It may contain multiple containers. Pod have a flat network hierarchy which is within an overlap network and communicate to each other in a flat fashion. In theory, it means that any pod which is inside that overlay network can easily talk to any other Pod.

An API specification that focuses on the creation and connection of container workloads is known as the Container Network Interface (CNI).

The two main commands that CNI has is add and delete. The configuration is passed in as JSON data.

When addition of CNI plugin takes place, there is a virtual ethernet device pair which is being created and then is connected between the Pod network namespace and the Host network namespace. Once the creation and assigning of the IPs and routes take place, the information is returned back to the API server of Kubernetes.

There are various ways to build a hybrid cloud. The way which is usually preferred to create an VPN tunnel between the on premise network and the cloud VPC/Vnet.

Kubernetes containers are fixed to run on the basis of scheduling policy and the resources that are available. Every Pod which is supposed to run is added to a queue and the scheduler takes it down the queue and schedules it. If it fails, then one who handles all the errors adds it back to the queue for scheduling it later.

Classic automation usually covers the automatic of the installation of software and the configuration of system such as user creation, permission, security baselining.

Orchestration mainly focuses on the connection and communication of the services that are existing and providing as well. The configuration management usually covers both the above mentioned terms.

Blue Green Deployment and Canary Release are the most efficiently user pattern of deployment.

In Blue Green Deployment, there are two environment that are identical in nature. The “green” environment usually hosts the current production system while the “blue” environmental is the place where deployment occurs.

Canary Release are the releases that roll out those particular features to a subset of users which reduces the risks that are involved in the releasing of new features.

So these are the questions that are usually asked in the DevOps Interview.

How to Keep Tenses Consistent with Tense Identifier