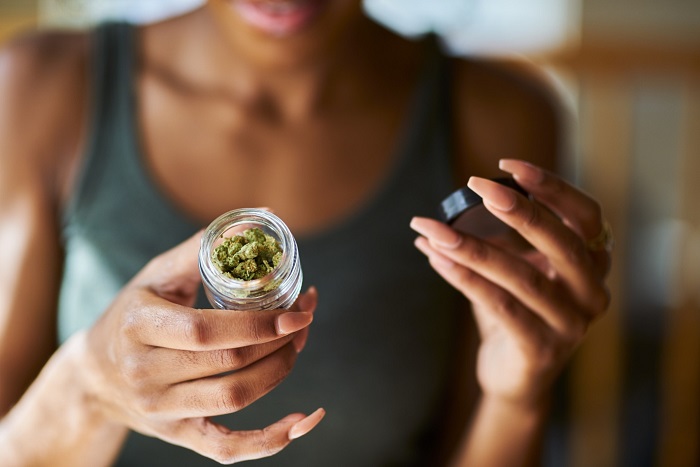 More than half of all Americans believe in the legalization of marijuana across the entire country. Attitudes have certainly changed from the ‘Reefer Madness’ sentiments of the 1930s to the CBD-loving consumers in every demographic.

There’s no doubt that cannabis is a hot topic at the moment — its legal status, uses, benefits, and the potential of a booming industry that creates thousands of jobs.

Check out some fascinating facts about marijuana and get to know the ins and outs of the plant that is taking the world by storm.

Weed, cannabis, dope, pot, grass… you’ve probably heard a couple of words to describe the plant. But can you list 200 names for marijuana?

There are over 200 slang words around the world. Some are many years old, such as ‘Mary Jane’, and others are more modern and quirky, such as ‘giggle weed’ or ‘joy smoke’.

There are three types of marijuana strains that have different psychoactive and physical effects when smoked or consumed.

Ruderalis strains have low levels of THC, so these strains aren’t prized among marijuana users looking for the high. However, the higher levels of CBD that are present make it a popular choice for medicinal marijuana.

Indica strains are known for the body-centric effect that they produce. These strains are also popular for medicinal use as indica variants relax muscles and induce sleep.

This is one of the most curious marijuana facts. A couple of years ago a report was published by the Air Pollution Research Institute that concluded that there were trace amounts of cannabis in the air in certain Italian cities. This includes the air surrounding the Colosseum and the Pantheon.

The amount present in the air is so small you don’t need to worry about getting stoned when taking in the sights, though.

Studies have shown that men and women react differently to cannabis. A study on rats indicated that females seem to have a higher tolerance for the substance although are more sensitive to the painkilling effects.

It also seems that when women use cannabis, it may stimulate their libido. On the other hand, it may have the opposite effect on men.

It’s not called ‘weed’ for no reason. Growing cannabis is possible in most places around the world — the only thing that may stand in your way is the law. It’s a very adaptable plant and if you know the basics of growing, you can have a flourishing plant wherever you live.

On the off chance that you live somewhere that the climate and soil conditions are just too harsh, growing indoors is easy. Check out these weed growers tips to get you started.

Marijuana has a long and intimate history in music, films, and other media. The plant was often consumed by musicians but it also turns up as a subject in songs across a range of genres.

Cannabis is also the subject of a lot of films, such as Up in Smoke, and features in plenty of movies.

This is one of the lesser-known facts about cannabis that is becoming more widespread as legalization takes effect across the globe. While you cannot overdose on cannabis and it’s relatively harmless, there are some people that are extremely allergic to the plant.

This allergy can cause some nasty side effects which may be spurred by simply touching the plant. Symptoms include common allergy side effects such as congestion, itchy eyes, a runny nose, etc.

If you classify cannabis as a drug, then you could say that it is the most widely used drug in the world. In fact, the UN states that more than 100 million adults use marijuana. Almost half of Americans have tried marijuana and as legality grows, worldwide use will most likely rise.

Almost half of all of the drug arrests made in the United States are due to cannabis. Most of these offenses are simply possession — not selling, or growing.

This criminalization of marijuana is also closely linked to race. Black people are four times more likely than white people to be arrested for offenses that are related to cannabis.

The legalization of marijuana has led to the creation of hundreds of thousands of jobs and a booming market. In 2019 340,000 jobs were created in the United States alone within the cannabis industry and the legal industry was estimated at $13.6 billion.

The plant is still a Schedule I drug according to federal law and is illegal under federal law. Imagine the potential with full legalization.

The cannabis plant is becoming increasingly popular for its second-most prevalent active ingredient — CBD. Many people want to reap the medicinal benefits of cannabis without experiencing the intoxicating and psychoactive effects of THC.

Are You Surprised By These Facts About Marijuana?

Wow, there are some seriously cool facts about marijuana — are there any that are surprising to you? With over 200 names, a role in pop culture, and a booming industry, it’s important to know just what cannabis is all about. Then we can move to full legalization and taking advantage of all the benefits.

Did you enjoy this post? Our site is packed with awesome marijuana-related content — keep exploring for more articles!

3 Ways to Get Some More Plants in Your Life

Are Erectile Dysfunction And Tinnitus Linked?